2. another road: see the whole city

4. there are two beach lines, the first is no sand

5. another line : at the side of a river

8. a famous concert by local stars or composers

10. on weekend, there is no charge for bus

A. parents and children

B. people who are extremely fit

C.tourist who are not familiar with the city andwant to know the city.

B. those who cause a lot trouble

14. why cancelled for years?

15. Badges could be obtained?

A. order in advance

B. immediately after the race

C. one week after finish the race

B up to the customer

17. drink: B water juicedecided by oneself

24-25. two sources for his presentation –not liable, very dull

32 then for accommodation, settlers: nomad cabin

36. what to exchange for settlers: green grain

37.What to exchange for nomad clothing

14. why does the previous mode of farmingneed constantly changing places?——A

15. the new working mode does not care whothe operator is.——F

16. a kind of material that must be added——F

17. how the new mode of farming (IAC)imitates the process of forest.——D

18. why farmers have to continue theunattainable farming on the infertile land——B

19. a description of the cost of using thisnew approach of planting crops——C

The government and Dr. Hans promoted theapproach of shifting agriculture and recycling of fertilizers without too much attention, because it is lack of lightso that weeds and grass will not survive. Thepruned branches would be put on the ground to form a thick layer of decomposingleaves. The crops would get nutrients from the holes. This approach poses no risk on farmers’ livelihood.

What are the benefits of new approach offarming?

A. More family members are involved

B. This technology will increase new speciesof local plant

C. The same land can be recycled

The changes that have caused the most disagreement are those inpronunciation. We have various sources of evidence for the pronunciations ofearlier times, such as the spellings, the treatment of words borrowed fromother languages or borrowed by them, the descriptions of contemporarygrammarians and spelling-reformers, and the modern pronunciations in all the languages and dialects concerned. From the middle of the sixteenth century,there are in England writers who attempt to describe the position of the speech-organsfor the production of English phonemes, and who invent what are in effectsystems of phonetic symbols. These various kind of evidence, combined with a knowledge of the mechanisms of speech-production, can often give us a very goodidea of the pronunciation of an earlier age, though absolute certainty is neverpossible.

When we study the pronunciation of a languageover any period of a few generations or more, we find there are always large-scale regularities in the changes: for example, over a certain period oftime, just about all the long [a:] vowels in a language may change into long[e:] vowels，or all the [b]consonants in a certain position (for example at the end of a word) may change into [p] consonants. Such regular changes are often called sound laws. There are no universal sound laws (even though sound laws often reflect universaltendencies), but simply particular sound laws for one given language (ordialect) at one given period.

It is also possible that fashion plays a part in the process ofchange. It certainly plays a part in the spread of change: one person imitatesanother, and people with the most prestige are most likely to be imitated, so that a change that takes place in one social group may be imitated (more orless accurately) by speakers in another group. When a social group goes up or down in the world, itspronunciation may gain or loseprestige. It is said that, after the Russian Revolution of 1917, theupper-class pronunciation of Russian, which had formerly been considereddesirable, became on the contrary an undesirable kind of accent to have, so that people tried to disguise it. Some of the changes in accepted Englishpronunciation in the seventeenth and eighteenth centuries have been shown toconsist in the replacement of one style of pronunciation by another stylealready existing, and it is likely that such substitutions were a result of the great social changesof the period: the increased power and wealth of the middle classes, and theirsteady infiltration upwards into the ranks of the landed gentry, probablycarried elements of middle-class pronunciation into upper-class speech.

A lessspecific variant of the argument is that the imitation of children isimperfect: they copy their parents’ speech, but never reproduce it exactly.This is true, but it is also true that such deviations from adult speech areusually corrected in later childhood. Perhaps it is more significant that even adults show a certain amount of random variation in their pronunciation of a given phone me,even if the phonetic context is kept unchanged. This, however, cannot explain changes in pronunciation unless it can be shown that there is some systematic trend in the failures of imitation: if they are merelyrandom deviations they will cancel one another out and there will be no net change in the language.

One such force which is often invoked is the principle of ease, or minimization of effort. The change from fussy to fuzzy would be an example of assimilation， which is a very commonkind of change. Assimilation is the changing of a sound under the influence of a neighbouring one. For example, the word scant was once skamt，but the /m/has been changed to /n/ under the influence of the following /t/. Greater efficiencyhas hereby been achieved, because /n/ and /t/ are articulated in the same place(with the tip of the tongue against the teeth-ridge), whereas /m/ isarticulated else where (with the two lips). So the place of articulation of thenasal consonant has been changed to conform with that of the following plosive.A more recentexample of the same kind of thing is the common pronunciation of football as foopball.

Assimilation is not the only way in which we change ourpronunciation in order to increase efficiency. It is very common for consonantsto be lost at the end of a word: in Middle English, word-final [-n] was oftenlost in unstressed syllables, so that baken ‘to bake’ changed from [ba:kən] to[ba:kə],and later to [ba:k]. Consonant-clusters are often simplified. At onetime there was a [t] in words like castle and Christmas, and an initial [k] inwords like knight and know. Sometimes a whole syllable is dropped out when twosuccessive syllables begin with the same consonant (haplology): a recent exampleis temporary, which in Britain is often pronounced as if it were tempory.

The chart below shows the number of magazines sold perperson in 5 countries in 2000, 2010 with the projection of 2020.

The bar chart compares the sales of magazines in fivedifferent nations in the year 2000 and 2010, with forecasts to 2020.

It is noticeable that consumers in country a, b and cpurchased more magazines than people in country d and e, and it is projected tobe the same for the year 2020.

In 2000, around 48 magazines were sold per person in countrya, which was the largest number among the five countries. After experiencing asmall decline in 2010, this figure is expected to decrease to around 40 in theyear 2020. A similar sale pattern could be found in country b and c.

Magazines enjoyed the least popularity in country d ande, with only 10 and 11 sold in 2000, respectively. While a slight increase canbe witnessed in the sales of magazines in 2010 in country c, at only 15, itssales is predicted to drop in the next 10-year period.

The last years witnessed the boom of enterprises. Apart from thetarget of making profits, businesses are obliged to be responsible for somesocial issues. This will exert beneficial influence on both our society and theenterprise itself, although the high cost on social issues may affect itsnormal operation.

It is widely acknowledged that the support from enterprises is conduciveto narrowing income gaps. Most companies have gained fiscal benefits fromvarious entrepreneurial activities. However, at a disadvantage in terms of educational opport unities and career development, a large number of families stillcannot afford educational expenses. If corporations can provide financial assistance for the students from disadvantaged backgrounds, chances are highthat these students will have a competitive advantage in the job market andobtain a decent job in the future.

In addition, when companies make contributions to solving social problems, there is a possibility that they can bring more profits to themselvesin return because of a good reputation it generates. For example, if theydecide to make joint efforts with other enterprises to help the public raisethe awareness of environmental protection, the corporate image is likely to be enhanced.As a result, these businesses will be able to gain more profits in trade activities.

Admittedly, if an enterprise spends too much money tackling social problems such as improving employees’ social welfare and medical service, its operation and development may be influenced negatively. More seriously, some companies will probably have to face the fact of bankruptcy.

To conclude, businesses have the obligation to shoulder social responsibilities, which can not only contribute to social stability, but also facilitate their own profits, although it may be difficult for them to balance social and entrepreneurial benefits from time to time. 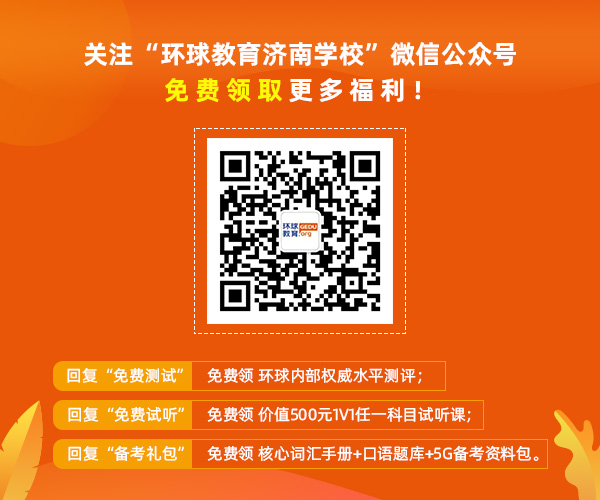